America is in the throes of a political revolution. The ultimate victors, America’s value-driven Conservatives, have a real problem right now that has been amplified in the last two years and becomes more pandemic by the day. That’s the subjective censorship of conservative voices. Twitter and Facebook are arguably the most politically-charged environments in our modern era. Ultimately they have become a pain in the ass more than anything, and full of liberal dolts being sucked in the vacuum of their own denial and intellectual insecurities.

Unfortunately, these social mediums are where the majority of social interaction happens in today’s world. Right or wrong, it’s where people go for information, even news, and to engage other in dialogue. What good is dialogue if you’re only talking to yourself, essentially? As long as these irresponsible social giants employ mostly millennial moderators, who lets face it are overwhelmingly liberal, conservatives are in a daily battle to avoid being banned from these networks for exercising their First Amendment rights.

Liberals are not just ok with the subjective censorship of conservatives, they rely on it in order to further their lies and obstruction of logic. The truth is that they don’t desire any objective dialogue. Look at Parler, for example. A newer platform that touts itself as the platform of free speech. It appears conservative, yes, because most users are. Many have already been banned from other platforms. And liberals don’t utilize it because their whiny, petulant tattling won’t work there. They can’t lob attacks and then hide like a bunch of basement-dwelling toddlers as they report people, because that crap doesn’t fly on Parler.

This observation alone is enough to demonstrate the cowardly and malicious intentions of liberals. When it comes standing up for what they think they believe in, they have no spine. They don’t dare to confront objective thought outside of their fragile echo chambers.

The real question is what we do from here, as conservatives. What happens next. The short answer to that is voter turnout. We vote and we must convince those likeminded among us to vote, also. To vote with their factual conscience. To vote for our traditional American values. To vote for law and order. To vote for patriotism and sovereignty. To get out and vote in every single election from the national level right down to every state and local election. No election is too small.

Progressives are inserting themselves into every race. One of the most frightening is among our school boards. We need more conservatives in these positions. We need to reverse the course of politics in our schools and destructive liberal policies that remove academic and social accountability at a young age.

If you’re just sitting there passively thinking or hoping this will just change on its own, you’re complicit in the destruction. This is only going to get much, much worse and much more intrusive on all of our lives if we don’t push back and we don’t take it right back at the left. There is no high road anymore. Liberals have changed the rules and we will only defeat them by adapting to their rules. This is an all-out fight for our country. That is not an exaggeration and it is not an overstatement. We are in a fight for the future of our country. If we don’t reverse course, or at least slow this down exponentially, this country dies when the Gen-Xers out there start dying off in the next 3 or 4 decades.

Liberals continue to invite danger and enable lawlessness in our society while diminishing accountability and consequence. It truly baffles me how people who are seemingly offended by everything are completely comfortable with the ugliest and most disgusting behaviors in this world. Think about that.

They scream if you assume gender but have no problem with genital mutilation. They get offended if you use pronouns, but have no problem with “impeach the motherfucker.” They scream about the environment while trashing and literally shitting on the streets in every major city in America. They whine about us not paying attention to science, but deny biology, sociology, physics, logistics, immunology, chemistry, criminology, and more.

They want us to erase student debt, make college free, admit an unlimited number of unchecked people into the country, double the minimum wage, but have no plan to pay for it. They are the party of entitled, ungrateful jackasses with no common sense, who behave only according to their misguided emotional impulsivities. No hindsight. No foresight. No critical thinking. Just a bunch of pants-pissing pukes with remedial IQ’s and anger issues.

But, my beautiful conservative friends, let’s not go into the weekend with our good shoes all mucked up with that liberal nonsense. We have a lot to be fortunate for.

First, we have a leader in the White House who doesn’t play into the politically correct nonsense and calls it as he sees it. He’s transparent about what he thinks, and he’s an all star at making liberals look like the simple-minded fools that they are.

We also have a strong economy. One of the best in the history of our country. We have a stronger military after years of depletion by the traitor Obama. We have police forces with more confidence that the president will have their back. We are building more wall. We have more conservative judges in the judiciary ranks across the country. That is yuuuuge!

We have arenas and stadiums packed with patriots to see Trump. We have a president who puts America first. We’ve stopped bowing down to nations like Iran and Syria. We have a president who isn’t afraid to make the unpopular decisions to meet with foreign adversaries like Russia or North Korea, while still sanctioning them and making his expectations clear.

Trade within our own hemisphere has boomed like never before. We’re holding China accountable and they are starting to bend in our favor. We have conservative watchdog groups going after the legal wrongs of illegitimate pukes like Ilhan Omar and the phony Democrat witch hunt.

We have CNN falling on their faces every day, and being continually mocked by perhaps the greatest internet troll of all time, Donald J Trump.

We have booming business, low unemployment, higher wages, stronger 401K’s, and a decreasing number of people on government assistance. We have more accountability, more choice, and better healthcare for Veterans. We have the rebirth of patriotism in this country and it pisses liberals off. And that my friends, beautiful.

We are not racists, homophobes, zealots, bigots, Nazi’s, or fascists. We are proud Americans who don’t need to hide behind labels to mask our own insecurities. We love our country, our families, our friends, and our neighbors. And we respect them. We have values. Values that are both tangible and intangible. Values that liberals will never understand because in order to understand them, you have to have self respect. In order to live and appreciate them, you have to be mindful, you have to hold yourself accountable, and you have to have the confidence to be proud of those values. Conservatives do this by default because its engrained in our hearts and minds. It’s what we were taught and how we were raised.

It is optimism, it is courage, it is leadership, it is vision.

Liberals have none of that, and it is why they have solidified themselves as second-class citizens within a first-class society. We have not done that to them, they have done it to themselves. Simply by sucking at life and having no moral compass.

While they wine, and while they cry, and while they complain and lie and obstruct and deny; we stand tall, for our families, for our country, for our flag, for our anthem, for the truth, and most of all, for our god-given dignity as productive human beings who bleed red, whie, and blue as proud legal citizens of the greatest nation the planet has ever known, the United States of America. 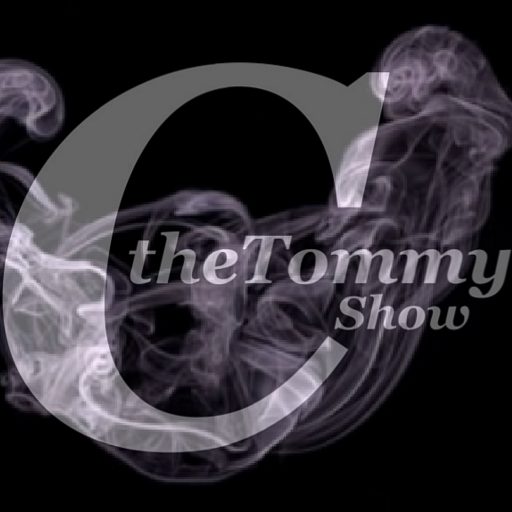